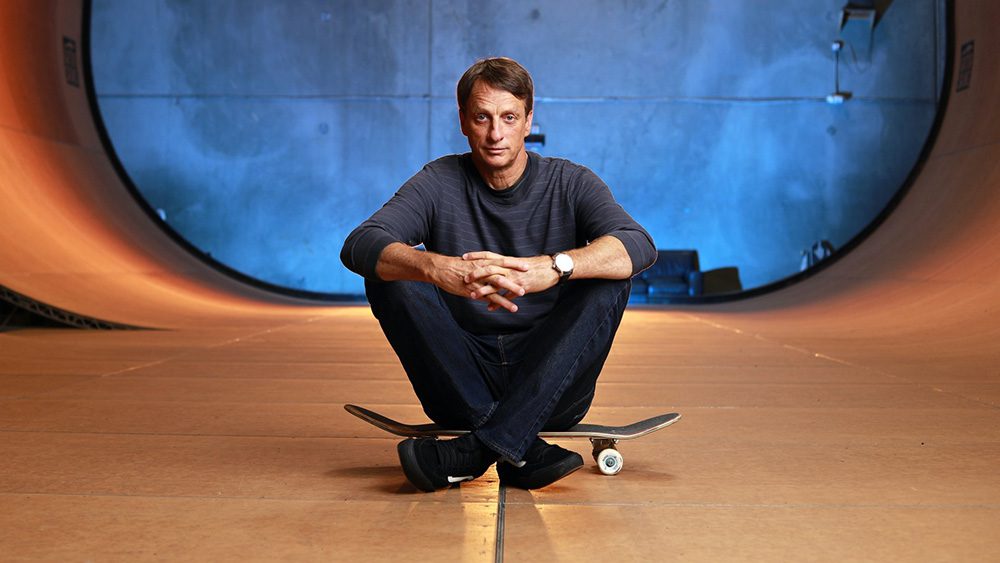 Slam City just published a lengthy interview with the Birdman that covers his entire career. In addition to reflecting on milestones, Hawk provides some details on the forthcoming documentary on his life. Apparently, it includes a Neil Blender interview, which is certain to be a treat.

Sam Jones has made a documentary about you. When will we see that?

He’s basically finished it. I saw a rough cut of it, but I’m not part of the editing. It’s more on him. It’s hard for me to watch, personally, because it’s so personal, and I don’t have an objective opinion on it but it’s well done.

Yeah, because Sam was a skater in the ‘80s and grew up with Neil’s brother. It was really cool to see him in it. I was surprised.

I know the editor that’s he’s working with has to move onto another job soon so I assume he’s going to lock it up here in the next couple of weeks. But I’ve never sold a movie, I’ve never been a part of a movie in its infancy stages, so I don’t really know. I assume it would go on to film festivals maybe, or if they get a buyer right away… I don’t know, but I doubt it’ll be this year.

Related Topics:ArchiveTony Hawk
Up Next

How Reynolds Approaches Skating in His 40s