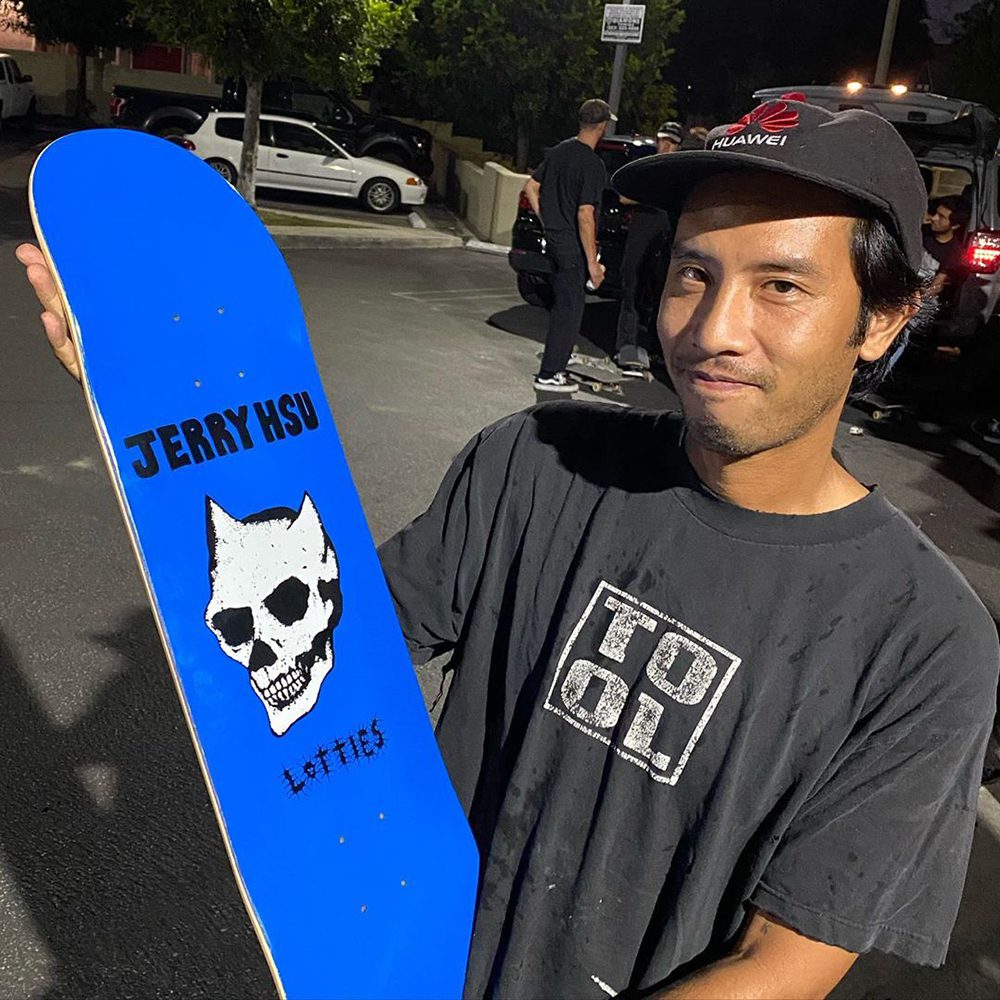 A new Jerry Hsu pro model is long overdue. While we understand why he stepped away from professional skateboarding to focus on Sci-Fi Fantasy; we were expecting to see a guest board pop up by now. It’s finally happened via Lotties, which has steadily been establishing itself as a cultural tour de force in skateboarding. You can pick up the deck today at the shop. And there will be some online later this week.